ABC: The Air you Breathe should be Clean. And never is that more true, than when you are locked in a metal tube flying 30,000 feet above ground. When on an airplane, the air you breathe must be safe and clean. But it isn’t.

Indeed, for more than 50 years, Boeing has secretly known that contaminated fumes can flow into the cabin and seriously injure flight crew and passengers. Indeed, Boeing admits that this occurs more than 4 times every day in the United States.  Because of Boeing’s “bleed air” design, cabin air is drawn into the plane engines from outside. The air passes over the hot engines and can pick up toxic chemicals from the jet engine oil and hydraulic fluid. 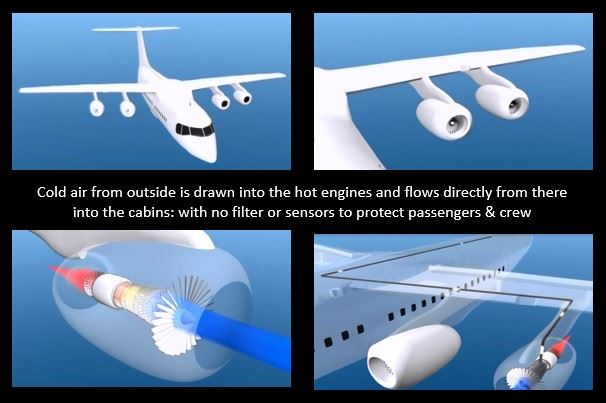 It is easy to fix this problem.  Boeing could have installed filters in the air flow ducting to remove these contaminants, but it did not. Boeing could have added sensors to the air flow system to alert the flight crew when toxins entered the air, so the pilots could shut down all ducts on that side of the plane, but it did not.  Boeing knew that contaminated cabin air causes short term illnesses (including making flight crew dizzy, nauseated and sometimes even causing them to lose consciousness) as well as chronic neurological deficits and brain damage. But it did nothing. For decades, Boeing management has refused to approve budgets or allocate resources to fix this problem.  As one Boeing engineer wrote in an internal memo expressing his frustration with management, ““Bottom line is I think we are looking for a tombstone before anyone with any horsepower is going to take interest.”

When flight attendants and pilots sought legal representation for their injuries, Zoe Littlepage fought for years on their behalf.  After reviewing close to a million Boeing documents and taking sworn testimony depositions from dozens of Boeing engineers and managers, Zoe developed a strong liability and causation case against the company. She stood up to the airplane manufacturer giant and kept the punches swinging.